The Treasure in Africa 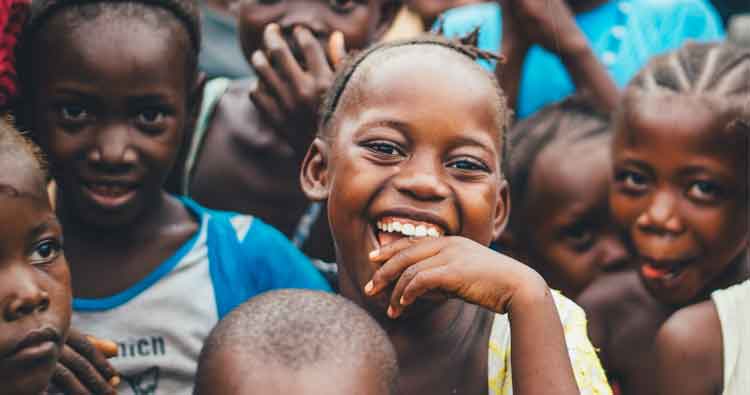 The treasure I found in Uganda this summer far exceeds the value of anything I know now or ever will know..… except for the value of Jesus in my life, of course.

My heart for Uganda began on a mission trip I went on in 2012.  The moment I saw an enormous group of bare footed and thread bare children running toward our team’s bus, I knew I was a goner.   God had put me exactly where I needed to be.   I was so overcome with empathy that I had to take a few moments to compose myself from my sobs and tears.  They were so excited to see us that they could hardly contain themselves.  Yelling muzungu, muzungu at the top of their lungs they flew into our arms, two, three and four at a time.  This set off 2 weeks of daily, if not hourly, emotional crying.  God was surely working in me because I’ve never been the same since.

Sometime later I began sponsoring a Ugandan child through the Canadian charity called World Focus Inc.  I knew I wanted to support a young female child living in Uganda.  From a list of beautiful children, I selected Roserine, who is 7 years old and living in the village of Kyengeza in the Luwero region.

In 2014 I went on another mission trip to Uganda.  In the trip we were travelled to far reaching rural areas.  Part way through our visits to various communities I asked our guide to show me where Kyengeza was located on the map of Uganda.  Well, he did better than that!  He arranged, through ARM (African Renewal Ministries), our major connection in Uganda, to contact the leaders of Roserine’s village and arranged for us to visit them.  As it turned out, Kyengeza was only half an hour off our main route.  It happened to be in the middle of a coffee plantation.

The children of these far reaching villages are far more timid than those we got to know in 2012.  So needless to say Roserine, too, was shy.  We understood each other through the help of an interpreter, who later told me that she may have understood more than I thought but was having trouble with to my English accent.  My accent! Who would have thought?  I wasn’t able to meet Roserine’s mother because she was sick with Malaria.  The Ugandans suffer from this sickness several times a year, some overcome the illness though many don’t.   Roserine’s father works on the coffee plantation so the families in her village are somewhat better off than those in villages that don’t have an industry nearby to employ workers.

I was told that the money I send to Roserine helps pay for her education, school uniforms, all medical needs, school supplies and mosquito nets for her family.  Sponsoring a child is viewed as great blessing for the recipients but the blessing is truly mine, my treasure in Uganda.

By the way, muzungu is Ugandan for “people of white skin color.”